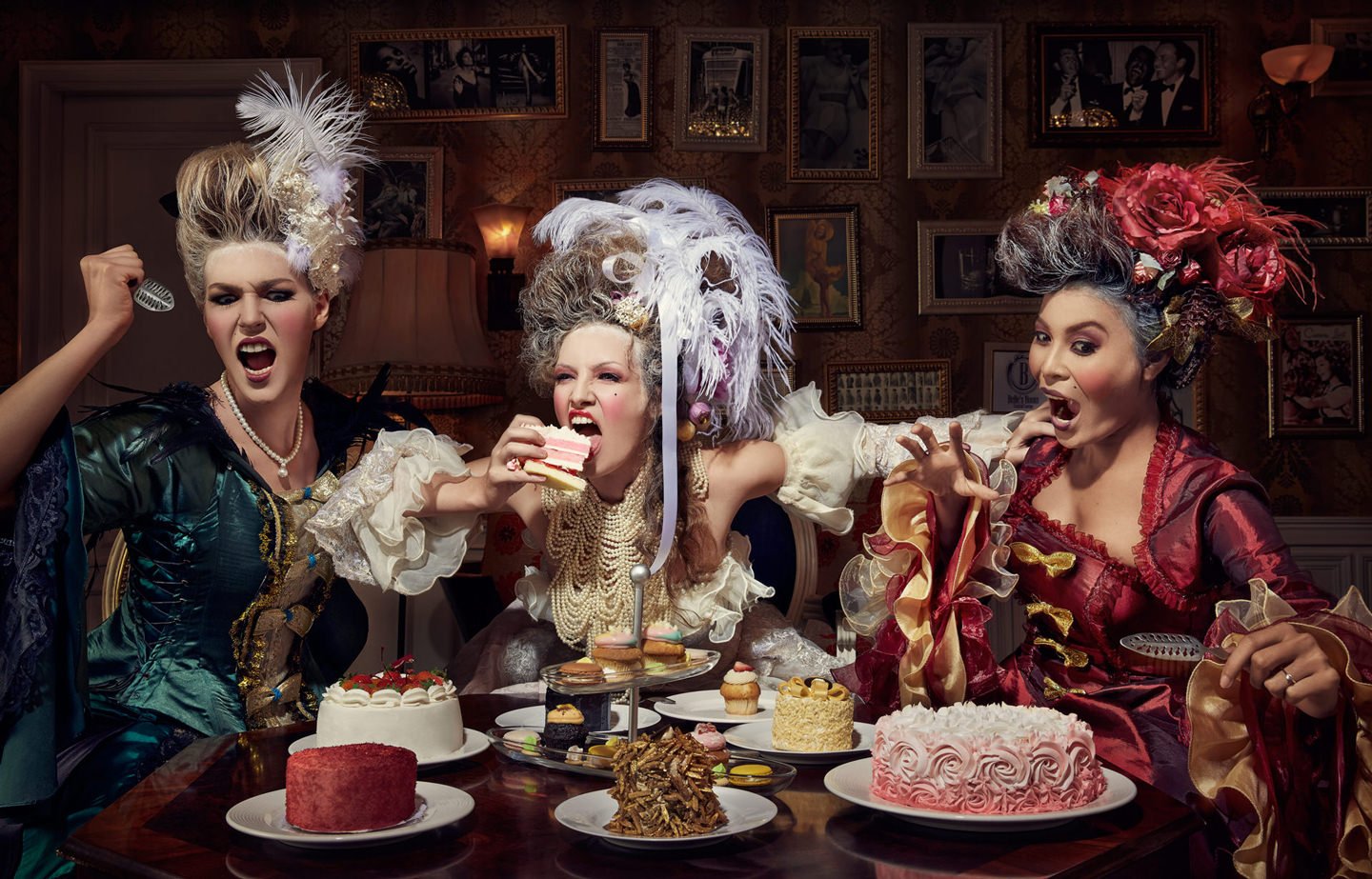 A conceptual photoshoot organised with Bamboo Labs for Belle’s Room in Silom. The concept is based around an 18th century Marie Antoinette theme, matching the design and mood of the venue, that tells a narrative centred around the seven deadly sins: Envy, Gluttony, Lust, Jealousy, Sloth, Greed and Pride. 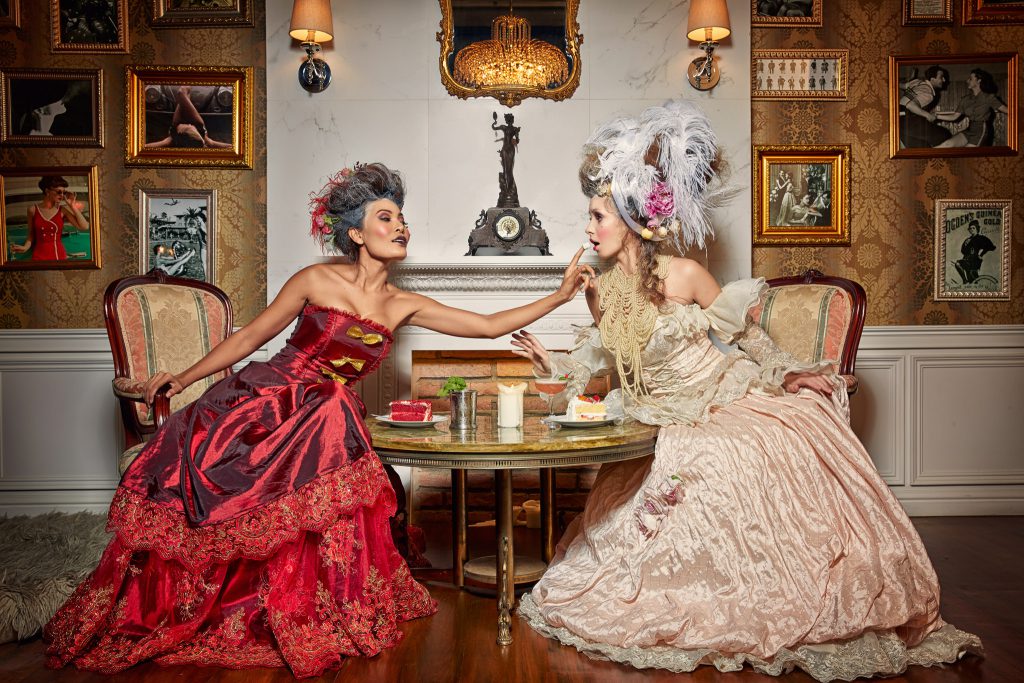 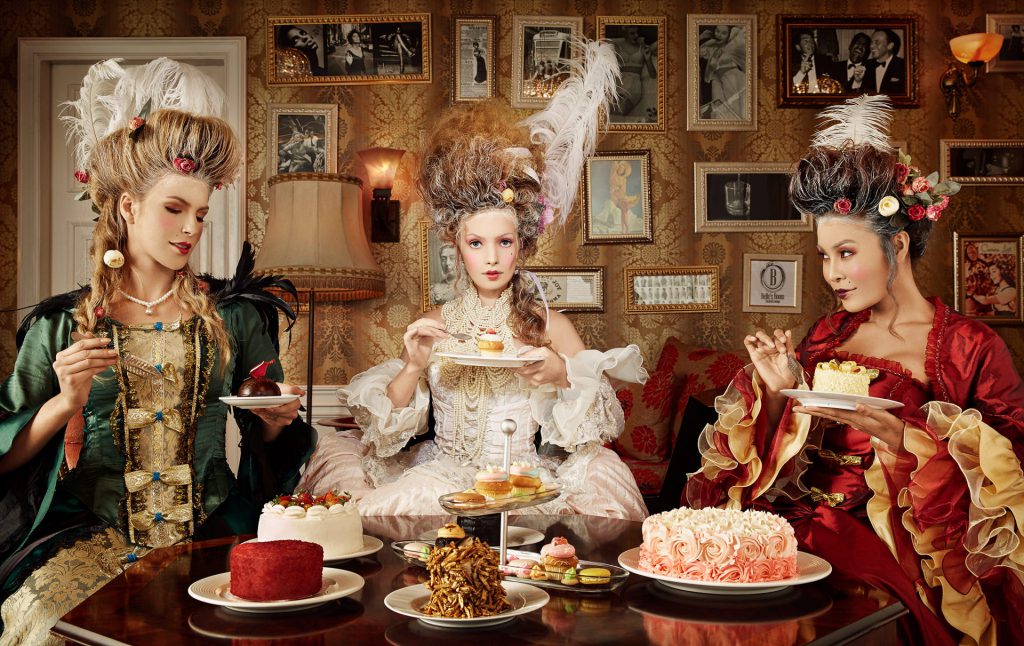 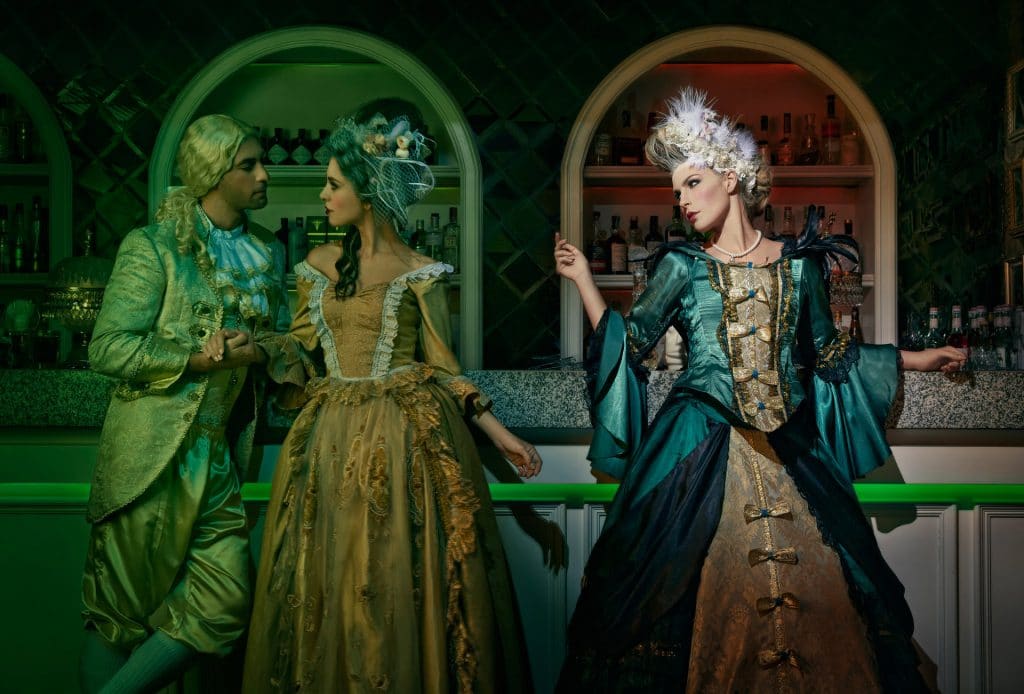 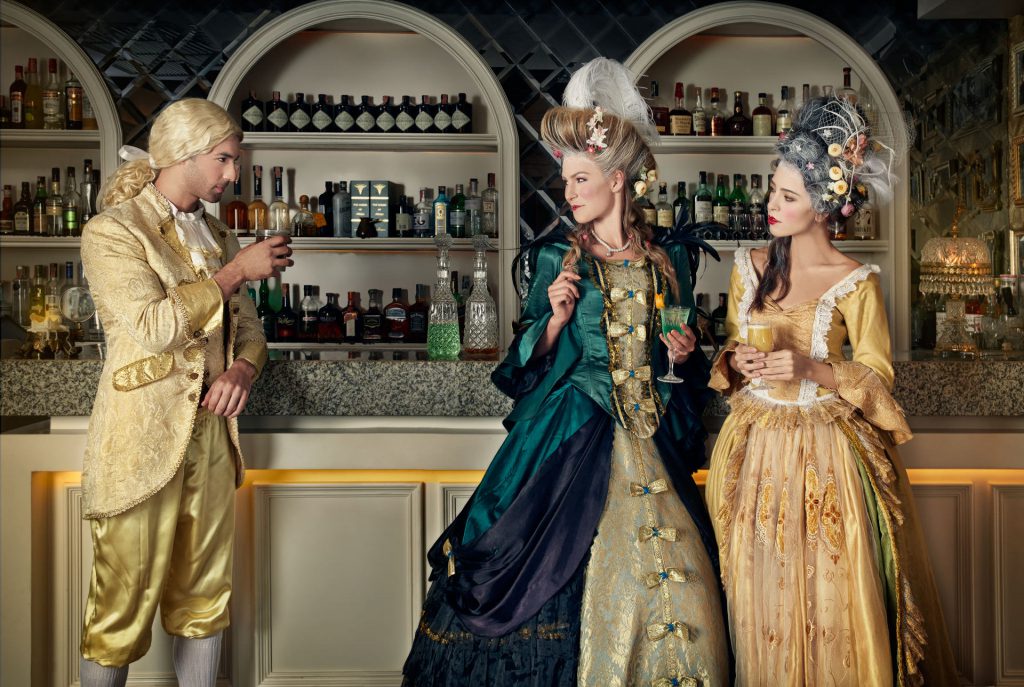 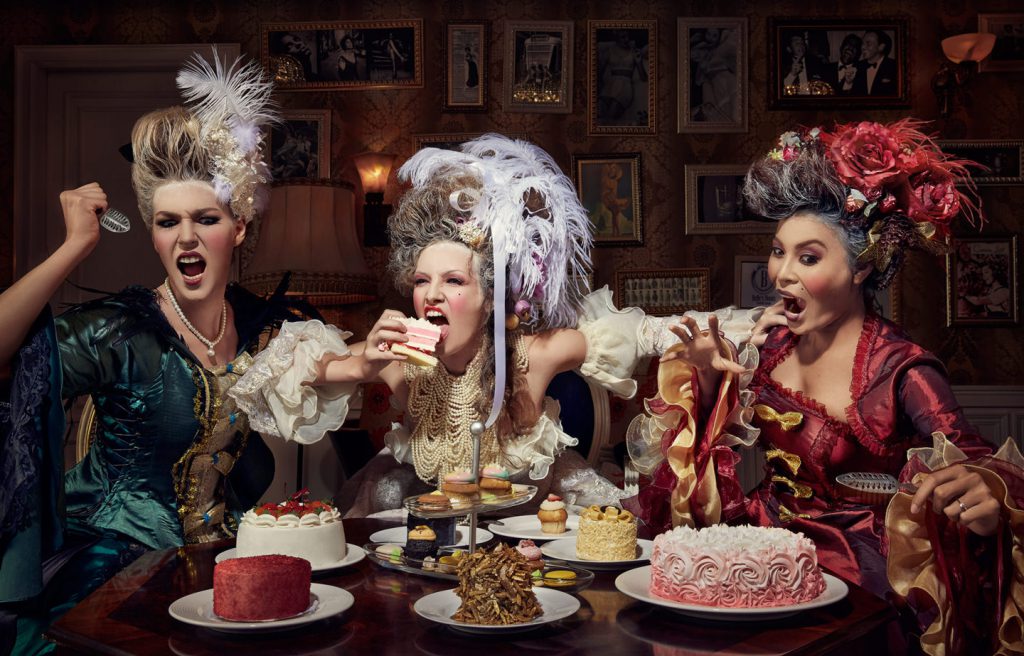 The Marie Antoinette series is comprised of a total of 14 story telling images that tie in with the website design for Belle’s Room. The website was designed to transition every 12 hours between a daytime and nighttime theme. The images reflect this transition and show how, at night, our dark sides come out to play. Tying in with the concept of the seven deadly sins, the first seven “daytime” images show proper etiquette expected at an 18th century tea party, while the second set of images show what happens when alcohol starts to flow and inhibitions are let go. 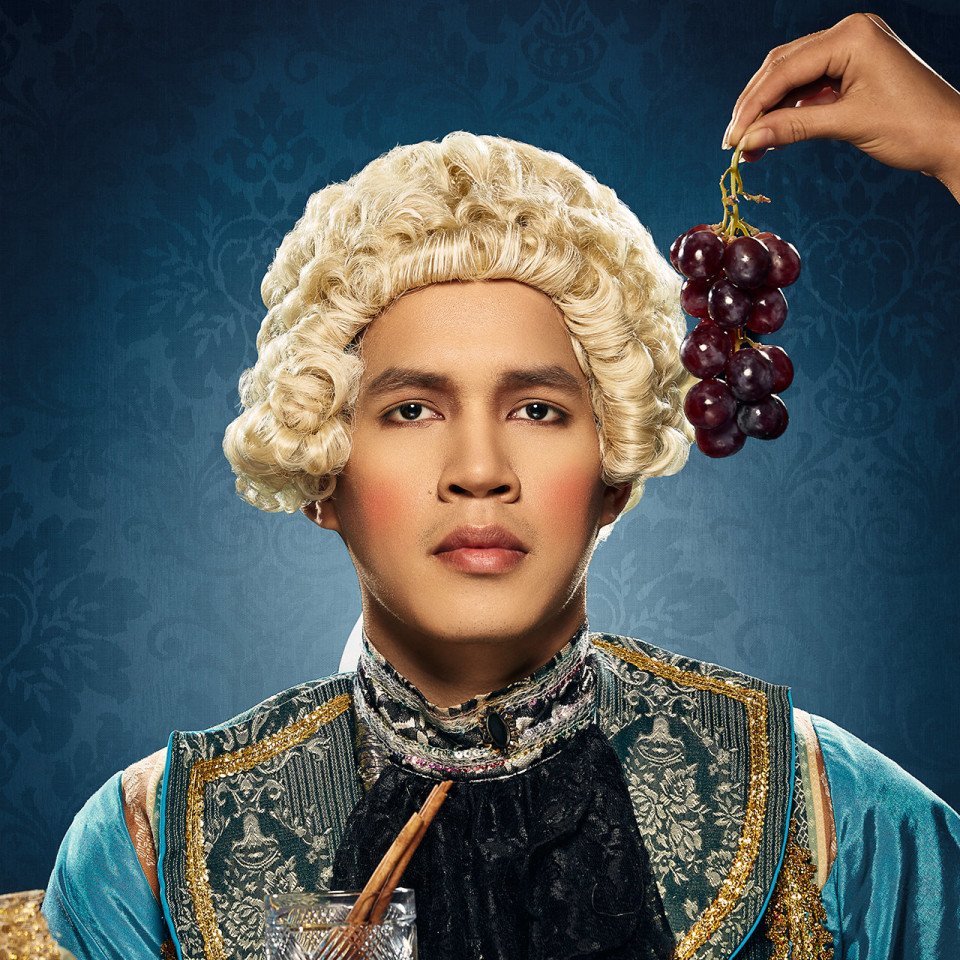 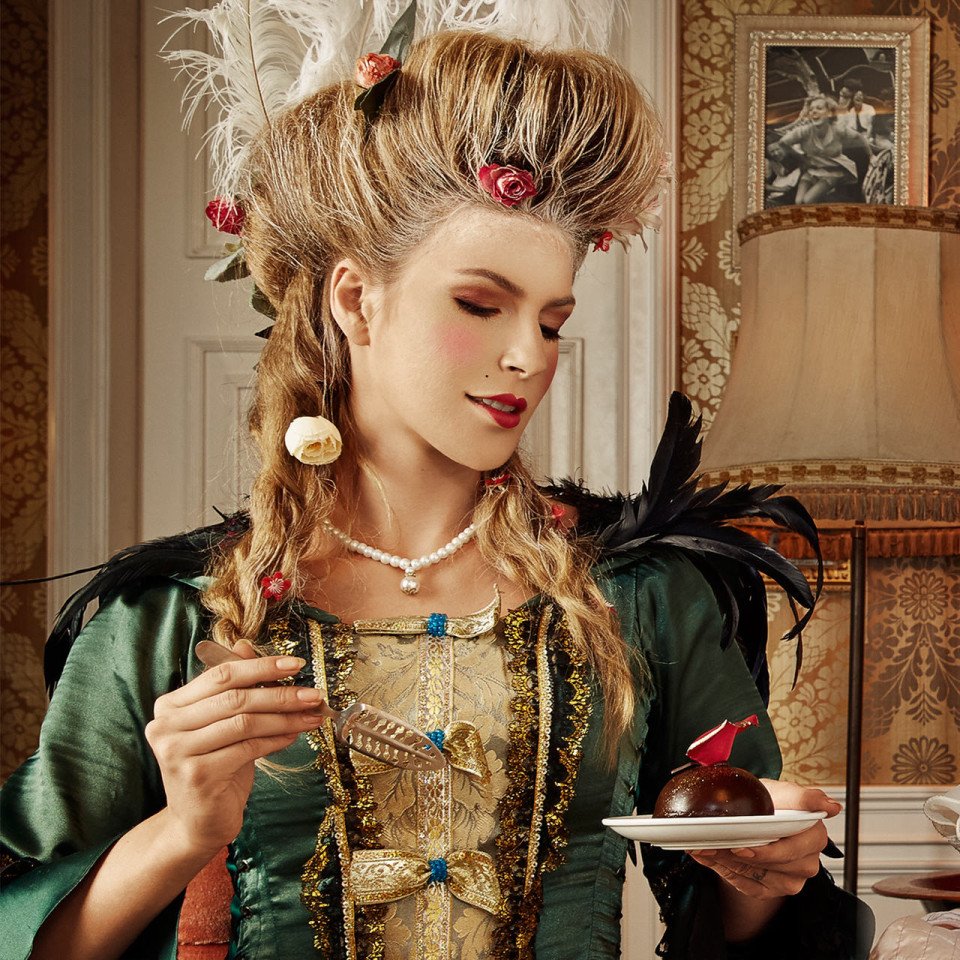 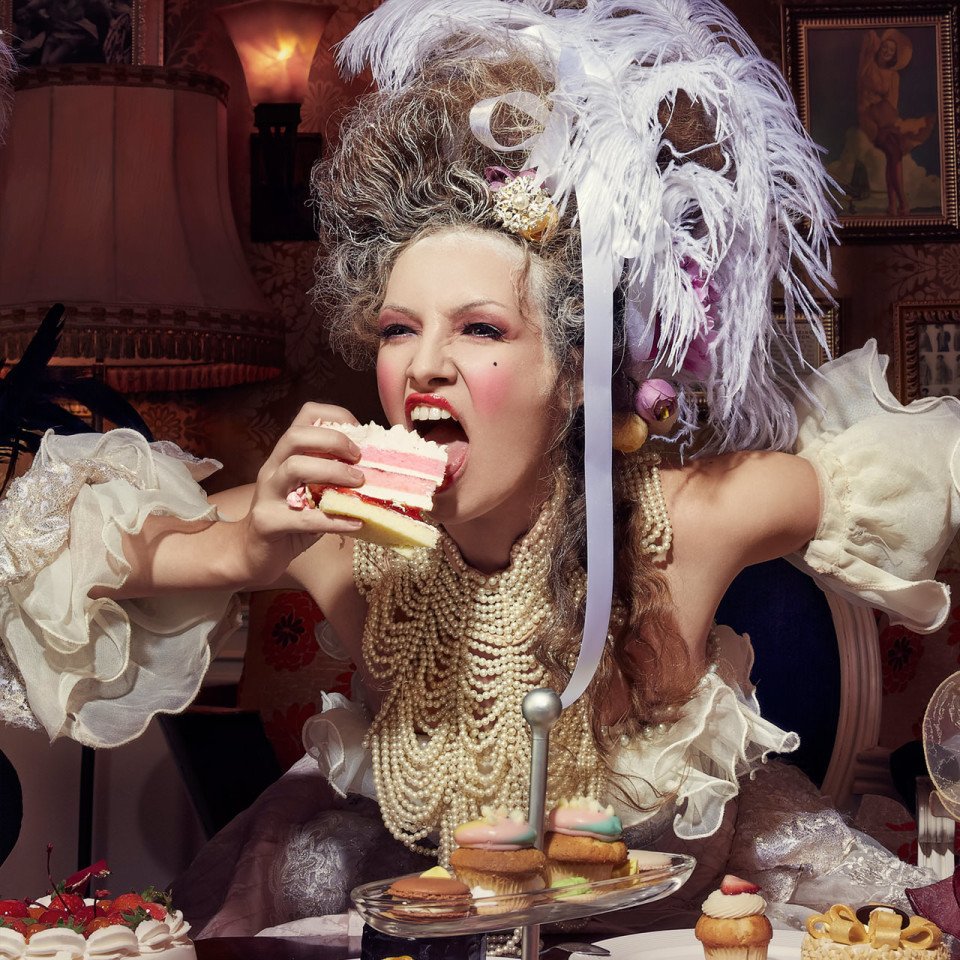 We were given one day to complete the shoot. It helped to have a storyboard ready and we already had a relatively clear idea of each scene and lighting setup, which saved us a lot of time. Although we ran into some delays, the entire team did a fantastic job and remained in a focused, positive state of mind. We had an relatively early start at 7am, setting up and preparing hair, makeup and costumes for the models. This took us until late morning. Once we started shooting we were able to move through our shot list fairly quickly, and with 14 narrative images and a set of individual portraits for each of the seven sins, it took us until 10pm to wrap up the shoot. Image retouching and website development started immediately after the shoot, and the final images were given a slightly painterly look. The entire Marie Antoinette series can be viewed online at www.bellesroom.com.

Here you will find posts covering recent shoots and projects, as well as get an insight behind the scenes.